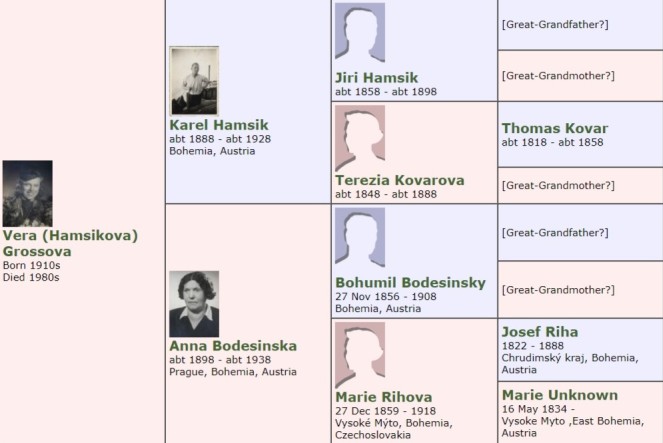 Karel Hamsik (I) was my Great Grand Father from my Mother’s Maternal side. Son of Jiři Hamšik (I) & Terezia Kovarová. Later married to Anna Bodesinská , and had 4 children :

One thought on “Karel Hamšik (I)”

This site uses Akismet to reduce spam. Learn how your comment data is processed.